What are Dermestid Beetles? How Are They Used in Taxidermy? 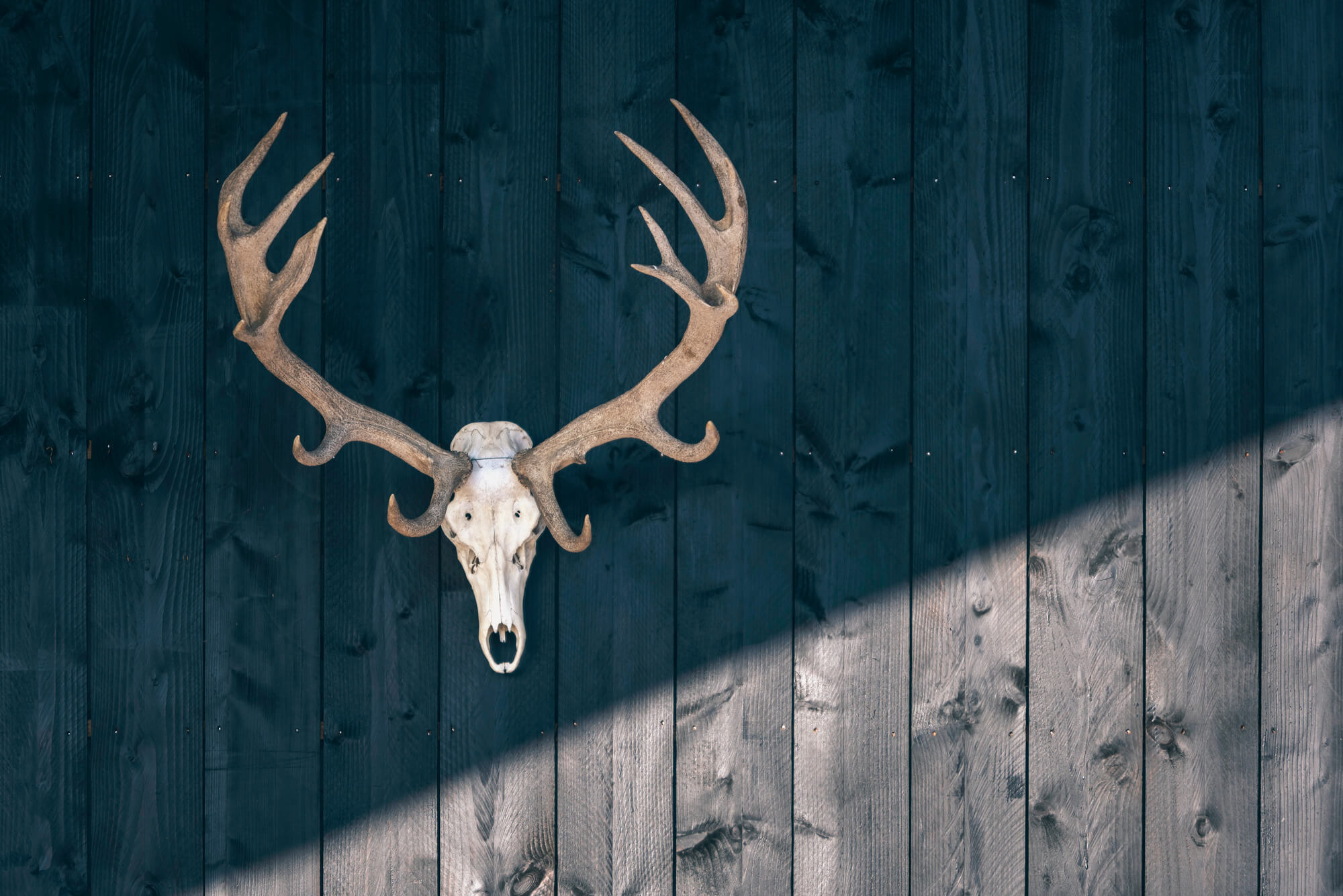 From forensic labs to the preparation rooms of taxidermists, the hardworking dermestid beetle serves a unique and unlikely role alongside their human counterparts. When not hard at work skeletonizing carcasses or aiding in criminal investigations, these arthropods—exoskeleton based invertebrates—are commonly found in fabrics, carpets, yards, and roadkill. Although a pest to many, these specialized beetles are a coveted ally in the world of taxidermy.

What are dermestid beetles?

Also known as carpet beetles, dermestids feast on nearly every form of organic matter or fabric, making a human’s environment a smorgasbord of opportunity. Their specialty, however, lies in their unrivaled consumption of flesh.

Within 45 days from larval period to adulthood, dermestid beetles can reproduce at accelerated rates in the appropriate environments. Larvae grow over the course of 5-6 weeks before burrowing to form a pupa, then emerging as a beetle 6-9 days later. Depending on their quality of food and an optimal warm, dark, and humid living condition, dermestids can thrive under supervised and unsupervised settings.

How are dermestid beetles used in taxidermy?

These insatiable larvae and their elder predecessors are renowned for their ability to completely clean organic remains from bone. Taxidermists rely on these feasting patterns to properly clean and sanitize specimens for hunters, museums, and law enforcement in many cases. In a process called skeletonization, colonies are closely monitored over the course of approximately 1 week as they entirely clean carcasses and specimens.

Before undergoing the skeletonization process, carcasses are often frozen over a period of 2 to 3 days to deter any outside organisms from entering the subject. After freezing, colonies are left to feed on the flesh and tissue until only the keratin—hair, hoofs, nails—remain. If left unmonitored, dermestids will continue to feed on the keratin, ultimately damaging the integrity of the remaining bone.

The size of the colony and their quality of food beforehand can determine how fast dermestids can consume food. Taxidermists only skeletonizing small skulls can rely on approximately 300 beetles for an efficient and thorough cleaning. However, 1,000 beetles are required for larger specimens, while 5,000 are adequate for large-scale cleanings for multiple clients and carcasses.

Once a specimen has been entirely cleaned of organic matter, the remaining bone is again frozen, then soaked in disinfectant to avoid molding or further contamination. Many are left to sun dry before being handled as an extra layer of preparation.

How are dermestid beetles cared for?

Many hunters and hobbyists acquire their own colony of dermestid beetles for at-home cleanings and skeletonization procedures. Due to their fast reproductive cycles and easily maintained living environments, beetles are shipped around the world, costing anywhere from $50-$80 for a colony of 300.

Once received, containers such as aquariums or plastic totes are recommended, as beetles are unable to climb or feed on these surfaces. Bedding for dermestids can include shredded paper, cotton padding, or styrofoam to allow natural feeding and burrowing habits. After feedings, beetles secrete waste known as “frass,” an almost sawdust-like substance that acts as a natural bedding and insulation from the elements. Once the frass accumulates past 2 - 3 inches, luring the beetles to a food source and cleaning their living environment is advised.

What are threats to dermestid beetles?

As previously mentioned, optimal living conditions can impact the health and effectiveness of dermestid beetles. If conditions become saturated in moisture, mites can become the deadliest of threats. Due to their miniscule size and ability to feed on practically anything, mites will line themselves along the joints, mouthparts, and appendages of dermestid beetles, causing slow movements and lethargic tendencies. If colonies have not yet been saturated by a mite infestation, steps can be taken to eliminate the threat.

At the first sign of mites, increase the ventilation to your dermestid colony. Mites thrive in almost any environment, but are deterred by well-circulated and dry settings. Mite Away Quick Strips are traditionally used in beehives and brooding boxes, but can equally work in a well-ventilated dermestid living space. Due to the chemicals released over the course of one week, without circulation, harmful toxins can penetrate the bedding and lower layers of the living space, causing deadly results for the beetles if not properly monitored.

Also commonly found gestating and feeding near rotting flesh and plant life are fly larvae. If left unchecked, fly larvae can feed on the same sources as dermestids, robbing them of sustenance and quality of life. If fly larvae are found harvesting food left for the colony, freeze the food source, then reintroduce back into the colony. Dermestids can eat the dead remains of both the food source and larvae if addressed quickly.

As a precautionary resort, consider isolating your colonies into multiple habitats. This can accommodate any unforeseen tragedies that may compromise one colony while saving another. These precautions can save you time, money, and beetles depending on how closely they’re monitored.

Should I leave it to the taxidermists?

Many taxidermists have backgrounds in biology, ecology, environmental science, and anatomy that provide them the knowledge and know-how to properly care for and utilize the efficiency of dermestid beetles. If not maintained, colonies can become a leech on time and money, as well as posing an unwelcome addition to your living space. However, with the proper care and attention, hosting your own dermestid colony can yield rewarding results for the right owner.

Companies like Boneyard Beetleworks based out of Shelley, Idaho, have specialized in the commercial cultivation and sales of dermestid beetles since 2001, guaranteed free of mites, foreign insects, or fly larvae. They offer a full range of colony sizes to provide customers with all forms of the beetle they acquire, whether pupae or tiny hatchlings, ensuring your experience raising a new colony is met with the standards, life stage, and expertise you require. For more information about dermestid beetles or taxidermy services, contact Boneyard Beetleworks to begin skeletonization on your own terms.